Home / A Look at the Gut-Brain Connection 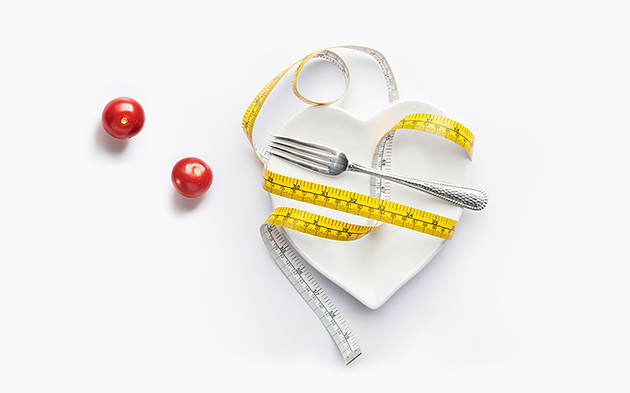 Scientists have studied the connection between feelings the brain.  Studies carried out over decades have revealed certain areas of the brain are more active when people feel fear or happiness, for example.

There are signals from the gut that reach the brain as well.  In fact, these signals are able to reach multiple regions of the brain, including the insula, limbic system, prefrontal cortex, amygdala, and hippocampus.  While the gut is able to influence all these regions, it does not reach each and every part of the brain.

That being said, while the gut may not have a direct impact each of these areas, it is certainly possible for the gut to have some sort of influence on each of these regions.  More research should be conducted to explore the full extent of this connection.

One revealing experiment carried out on this subject was known as the “forced swimming experiment.”  The study consisted of placing a mouse in a container of water too deep for it to reach the bottom and stand.  This forced the mouse to swim desperately in an effort to make it to dry land.

These mice were clocked and tracked to see how long they could last swimming before they could swim no longer.  While this may sound morbid, the goal of this study was to understand how far these mice would go before succumbing to exhaustion and meet their untimely demise.

Perhaps unsurprisingly, depressed mice did not swim for long.  Instead, they eventually went idle, as they awaited their imminent deaths.  Based on these findings, the scientists suggested inhibitory signals are more efficiently transmitted in their brains than motivational ones.  Mice that show signs if depression can be used to test out new antidepressant drugs- if they swim longer following a treatment trial while on the new medication, it is a sign the drug may be working.

A similar study was done to take this concept one step further.  This time, instead of an antidepressant, the researchers injected the mice with Lactobacillus rhamnosus, a bacteria strain with known benefits in the gut (a probiotic, more on that later).  This idea was fairly novel back in 2011, when the study was conducted.  What the researchers found is the mice that contained the Lactobacillus strain were indeed more motivated and swam for a longer time than the mice that did not.

On top of that, the mice with the improved gut flora also had less circulating stress hormones in their bloodstreams, better performance in memory, and improving learning ability.  To bring it all home, the last step consisted of scientists severing the vagus nerve, which, among other things, is responsible for transmitting signals from the brain to the gut and vice versa.  When this was severed, there was no difference in performance between the two groups of mice.

While it is early and more in-depth studies are needed to confirm this, it appears the vagus nerve plays an integral role in establishing that gut-brain connection.  The nerve provides a means for our visceral organs, including the gut, to communicate with the brain (particularly the brainstem, where the vagus nerve originates).  These early studies are suggesting the health of the gut can affect areas as far as the brain, altering how we feel, think, and react to certain stimuli.

The vagus nerve is the fastest and most efficient route from the gut to the brain.  It traverses the diaphragm, and travels between the heart and lungs, and parallel with the esophagus.  Human experiments on stimulating the vagus nerve have led to feelings of anxiety or comfort depending on the frequency used.

The European Union actually approved stimulation of the vagus nerve as a medical treatment for those with depression in 2010.  In a way, the vagus nerve serves as the pathway used by the brain to check how the body is doing.

While the brain is tucked safely away, surrounded by a skull and a thick membrane, the gut, by contrast, is surrounded by a bunch of other organs, all simultaneously working to keep us functioning properly.  The gut interprets every molecule we eat, calling on the immune system if necessary.  It also monitors the activity of our gut microbes.

This is done by a large network of nerves responsible for relaying this information from the colon to the brain.  In fact, the network is so vast, it is considered the largest sensory organ in the body- with the skin (the body’s physically largest organ) paling by comparison.  The skin, along with the eyes, ears, nose, and mouth gather information, which is used by our conscious minds to interpret our environments we live in.  The gut, on the other hand, goes unappreciated because its vast neural network is interpreted by our subconscious mind.

The gut-brain connection is established early in life.  It is responsible for the emotions many babies feel early in life.  For example, as infants, we tend to be happy and gleeful with a full stomach following a meal, but cry when we are hungry.

Over time, as we age, we develop a more refined relationship between the gut and brain.  No longer will we wail when eat food we do not like.  The gut begins to have subtler effects on our mood.  A well-nourished, healthy gut, free from bacterial overgrowths and other infections, can improve our sense of well-being and mood in a subtler fashion.

The year 2013 was the first in which a study was conducted exploring the relationship of the gut-brain connection in humans.  The results were stunning: following four weeks of taking a specialized cocktail of bacteria strains, some of the subject’s brains appeared altered.  The areas mostly affected were the parts of the brain responsible for pain and emotion processing.  This revolutionary study took cutting edge information (remember- that mouse study was done in 2011), and finally applied it to human subjects.  It opened up the door for new, exciting opportunities to learn more about this connection and how it affects us.

Prev post Both my father’s and mother’s side have had a genetic history of cancer, but it skipped my parents’ generation. Am I at risk of cancer?
Next post What are some examples of good herbal remedies?