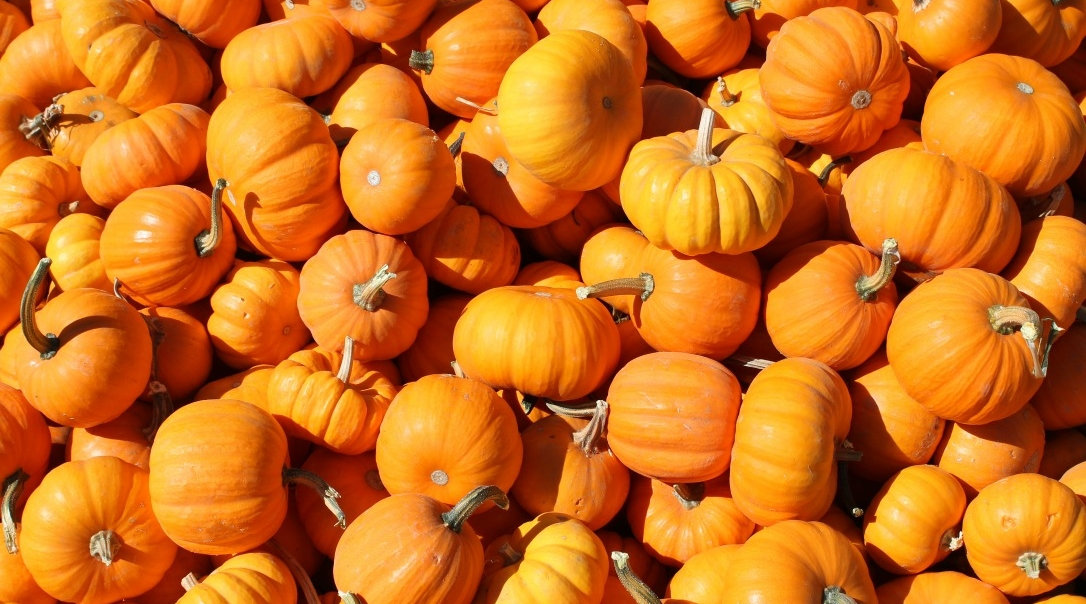 It’s Fall now, which means it is pumpkin season.

Everything from pumpkin-spiced lattes, to pumpkin-flavored beer, to pumpkin pie, it is impossible to walk around and not see something related to pumpkins.

This is the time of year you can walk down the streets and see pumpkins as decorations, hollowed out with candles to create that spooky Halloween theme.

And while the decorations and the pumpkin flavors look cool and taste great, did you know you can cook with pumpkin and make delicious dishes for yourself?

Yes, outside of desserts and pastries, these can be used for meals as well. Pumpkins (and their seeds) are great sources of some much needed nutrients.

Pumpkins are very high in dietary fiber (most notably pectin), which is great for your gut microbiome health. Given its orange-yellow hue, you may have (correctly) guessed pumpkin flesh is incredibly high in vitamin A and beta-carotene.

Vitamin A has been associated with lower risks of lung, larynx, and esophageal cancer. It also contains a good amount of vitamin C.

Pumpkin seeds are also a great source of dietary fiber (in the forms of insoluble cellulose and lignin). The seeds are also high in unsaturated fatty acids and the fat-soluble vitamin E.

The seeds contain most of the essential amino acids, but are low in lysine. The seeds are also a good source of non-heme iron (the type of iron found in plants) and folate.

If you are looking to get the most nutrients out of your pumpkin, it is best to bake it in the oven.

You can boil pumpkins too, but since they absorb so much water, it contains less nutrients than a baked pumpkin ounce for ounce.

As for the seeds, they may be best served with beans, as the two together form a complete protein.

Preparing and cooking pumpkin may be new to you, so let’s go over the basics here.
You first want to wash your pumpkin under cool, running water. Then, you can cut it into halves, quarters, or whatever size pieces you prefer.

Remove the stringy portions and set the seeds aside. You can leave the rind on for baking, but peel it if you decide to boil the pumpkin.

Don’t be alarmed, it is just moisture evaporating as it cooks. As it bakes, it may begin to brown, as the sugars will begin to caramelize.

If you choose to boil the pumpkin, on the other hand, the exact opposite will happen: it will begin to enlarge as it soaks up some water.

Pumpkin can be substituted in many recipes that call for squash or even sweet potatoes, so be creative!

As for the seeds, you can either eat them raw or toast them. I prefer to toast the yourself, as commercially produced toasted pumpkin seeds can be incredibly high in sodium.

If you opt to toast them at home, it can be done by spreading your seeds out along a baking sheet and place in an oven at 350 degrees Fahrenheit until golden. Simple enough!

I hope you found this helpful! I hope this inspired you to be creative with your pumpkin and incorporate it into your meals (other than in pies)!

Though based in research, personal, and clinical experience, the opinions in this article should not be taken as medical advice. Botanical medicine and nutraceuticals should be treated with the same caution and care as pharmaceuticals, as both have the potential for strong, potentially adverse effects and allergic reactions. Please consult a trained, licensed health care practitioner before proceeding.