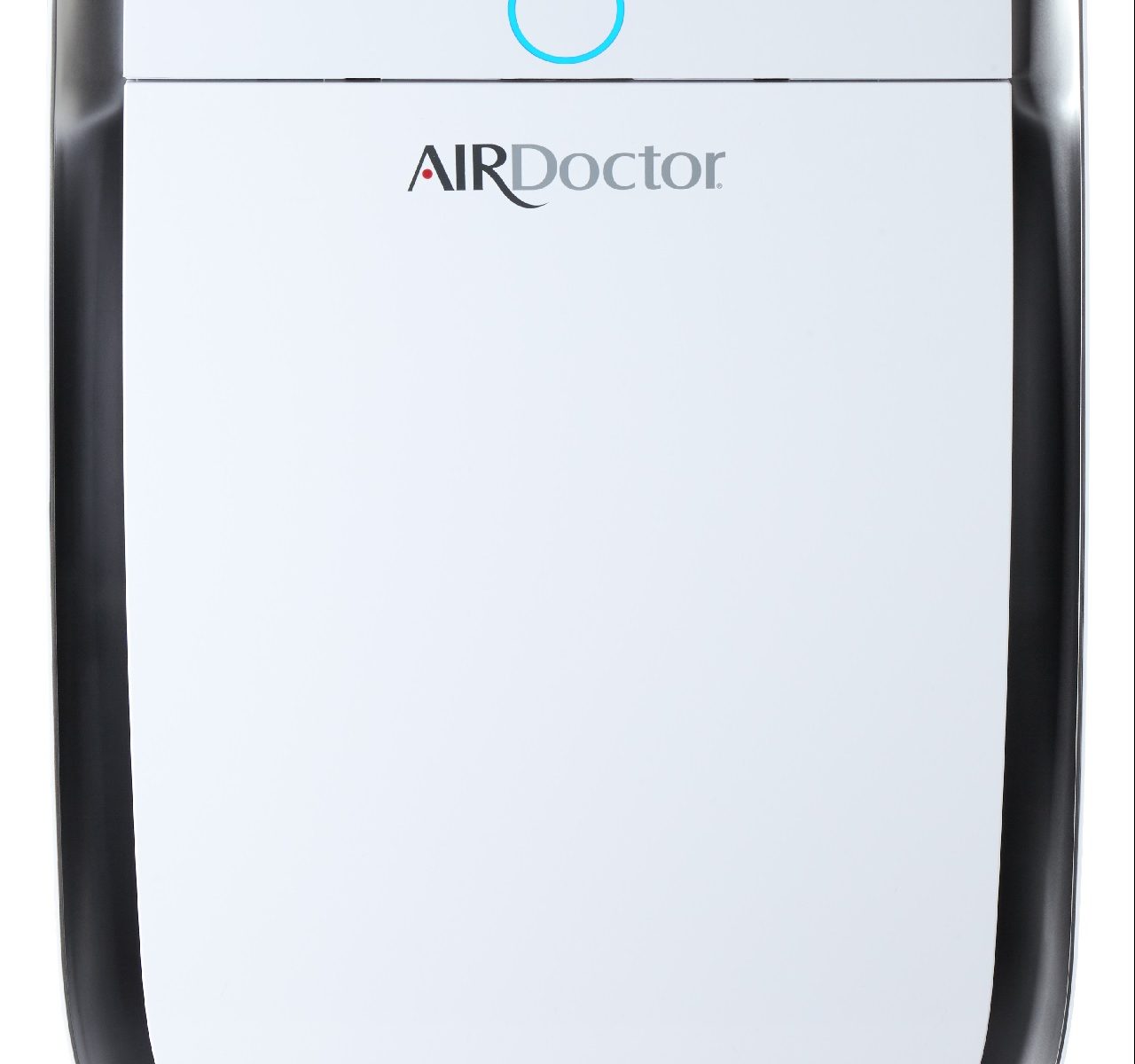 PROFESSIONAL QUALITY AT AN AFFORDABLE PRICE
AirDoctor is the first affordable air PURIFIER that not only removes virtually 100% of particles, but also the vast majority of toxic ozone, volatile organic compounds (VOC) and gases.

Health conditions may show up either years after exposure has occurred or only after long or repeated periods of exposure. Long term risks can include respiratory diseases, heart disease, and cancer, and can be severely debilitating and have a tremendous impact on the quality of everyday life.

Every day we breathe 11,000 liters of air and the toxins pass through our lungs and are circulated to the heart, liver, kidneys, brain and other organs. According to the World Health Organization, long-term exposure to ambient particulate matter (PM) concentrations leads to a marked reduction in life expectancy. The reduction in life expectancy is primarily due to increased cardio-pulmonary and lung cancer mortality. Increases are likely in lower respiratory symptoms and reduced lung function in children, and chronic obstructive pulmonary disease and reduced lung function in adults.

And unfortunately, air quality in the U.S. in on the decline. In a recent study that came out just last month (October 2019), Carnegie Mellon researchers analyzed new data from the Environmental Protection Agency and found that damaging air pollution has increased across the US since 2016, reversing a decade’s long trend towards cleaner air, and resulting in an additional 10,000 deaths per year. Researchers identified the burning of natural gas, increases in driving, the wildfires here in the West, and a decrease in enforcement of the Clean Air Act as contributing to this sudden increase. https://www.washingtonpost.com/business/2019/10/23/air-pollution-is-getting-worse-data-show-more-people-are-dying/

AirDoctor has these 6 unique Features:

The UltraHEPA™ Filter is 100X more effective than ordinary HEPA filters and is able to capture 100% of airborne allergens and pollutants at 0.003 microns in size that include.
• Dust & Pollen
• Mold Spores
• Cigarette Smoke
• Pet Hair & Dander

A new, third-party laboratory test proves how effective AirDoctor is at capturing bacteria and viruses–something we are all very concerned about right now.

In a standardized test room, AirDoctor removed 99.99% of a range of bacteria and viruses, including H1N1 (Swine flu).

Auto-Mode Takes the Guesswork Out of Clean Air
AirDoctor’s Auto-Mode uses a professional-grade air quality sensor to assess the air quality in the room and immediately adjust to the correct level of filtration.

Change Filter Alert
An indicator light on AirDoctor tells you when it’s time to replace the filters.

Quiet WhisperJet Fans
AirDoctor uses our exclusive Professional WhisperJet fans that are 30% quieter than the fans found in ordinary air purifiers. That means you can run AirDoctor at the highest speeds while still enjoying a peaceful home environment.

100% Sealed System
You can only purify the air, if the air passes through the filter and does not avoid the filter by passing through unsealed leaks. The AirDoctor is a 100% sealed system to ensure all the air you breathe is pure and filtered.

• *AirDoctor air purifiers have not been tested against Coronavirus, and AirDoctor does not claim to capture, remove, or kill 2019-nCoV. Based on testing at an independent lab of the AirDoctor 3000 model on maximum fan speed under normal temperature and humidity conditions. Test results measured after 60 minutes.

• Please never use claim that AirDoctor “kills” bacteria or viruses. We have completed independent laboratory testing to prove that AirDoctor is effective at capturing a sample of airborne bacteria and viruses to remove them from the air. The test did not measure the efficacy of AirDoctor to “kill” the actual bacteria or viruses
o We are currently working on a whitepaper to display these results and make them downloadable and digestible for consumers on our website.
• Our other independent laboratory test measured airborne particle removal based on particle size. Our results proved that AirDoctor can capture particles as small as 0.003 microns. In fact, results showed that AirDoctor removed 100% of particles at 0.003 microns in size.
o We currently list this testing result on the last page of the test results found on our website.
o Please do not use the language “AirDoctor removes 100% of airborne particles down to 0.003 microns.”
• AirDoctor is 100 times more effective than ordinary purifiers that use HEPA filters. The HEPA standard claims 99.97% removal of particles 0.3 microns in size. Our independent laboratory tests prove that AirDoctor remove 100% of particles at 0.003 microns in size, making it 100 times more effective than the HEPA standard.

There are no reviews yet.

Be the first to review “Get $300 OFF Air Doctor Pro UltraHEPA/Charcoal Filter!” Cancel reply